It all started with a logo, like most design relationships do. A friend we had known for years needed a logo to represent his music so we got together with them and had a few design sessions. The logo started from capital X in the Calibri typeface with a teal blue neon effect, which we then stretched and pulled the limbs of to make a distinct and friendly X shape. Following the X is a uppercase delta Δ, then added the N using the Fabada typeface and finally D3R using the Calibri typeface.

I really liked working with Jon because he was able to bring my ideas to life in a creative way. Jon was able to take some scattered sketches and ideas and create professional quality content. - Alexander Miller, XAND3R music 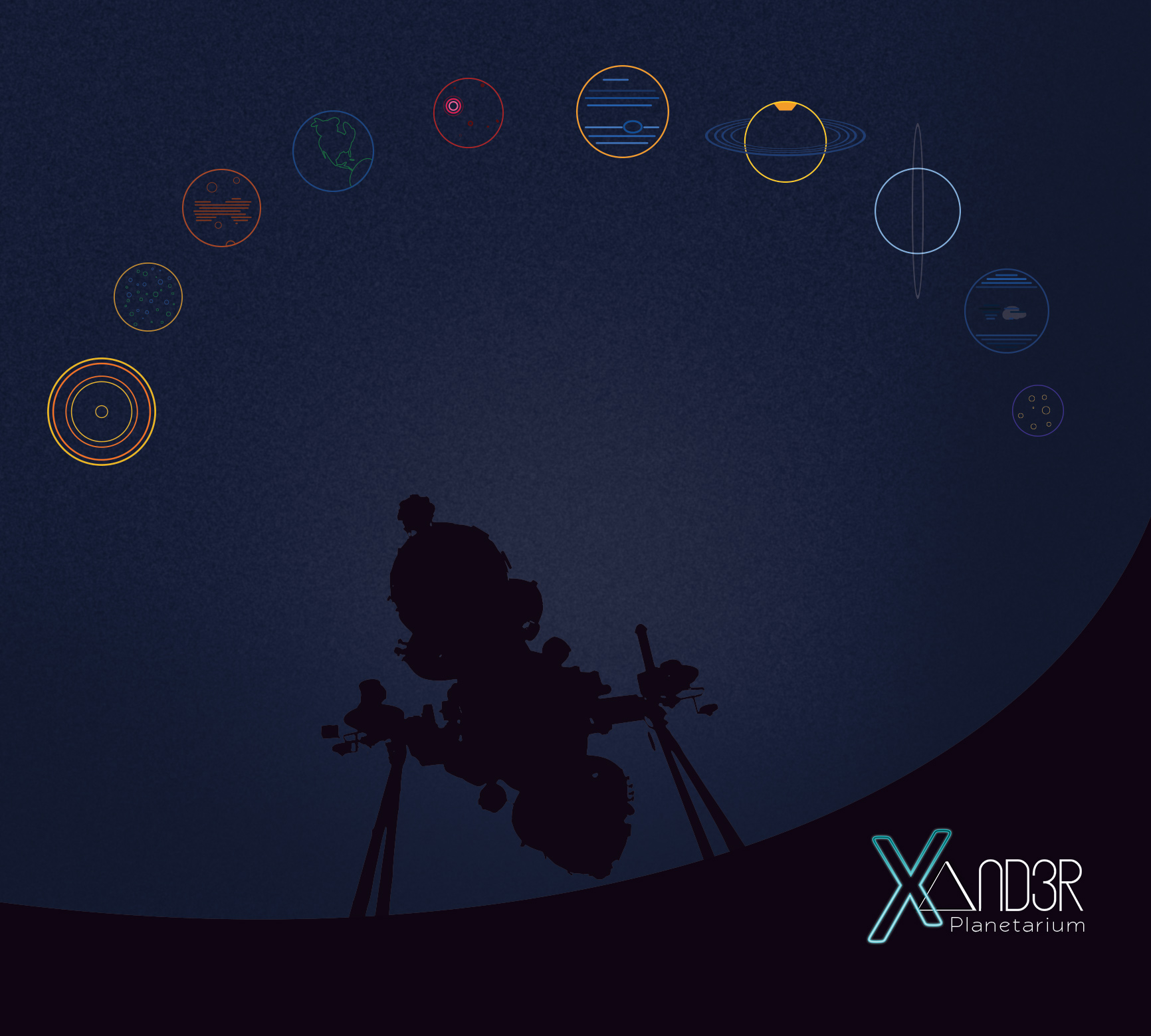 When XAND3R was ready to finish their first full length album they came back to us to discuss their ideas for album art. We had never created album art for professional printing before but were excited to tackle the challenge. When we revisited the logo for starting work on the Planetarium Album Art we actually adjusted the thickness of the delta shape then changed the NDER from Calibri to Operator so the whole logo looked sleeker. Our next step was planning out the cover and the general layout but pretty quickly into the process they requested that we do up vector designs for all of the planets to correspond with the song titles. The client had some ideas for how he wanted the planet designs to be unique and accurately represent the planet within a unified visual style. Some planets were quite simple and didn’t take long to design but a few of them we ended up doing multiple revision stages until we got it just right. Once we had the planets finalized we finished the album layout mostly utilizing the Rawengulk Sans typeface and made sure that our designs were formatted into the printers provided template. You can learn more about the album over at the xand3rmusic site. 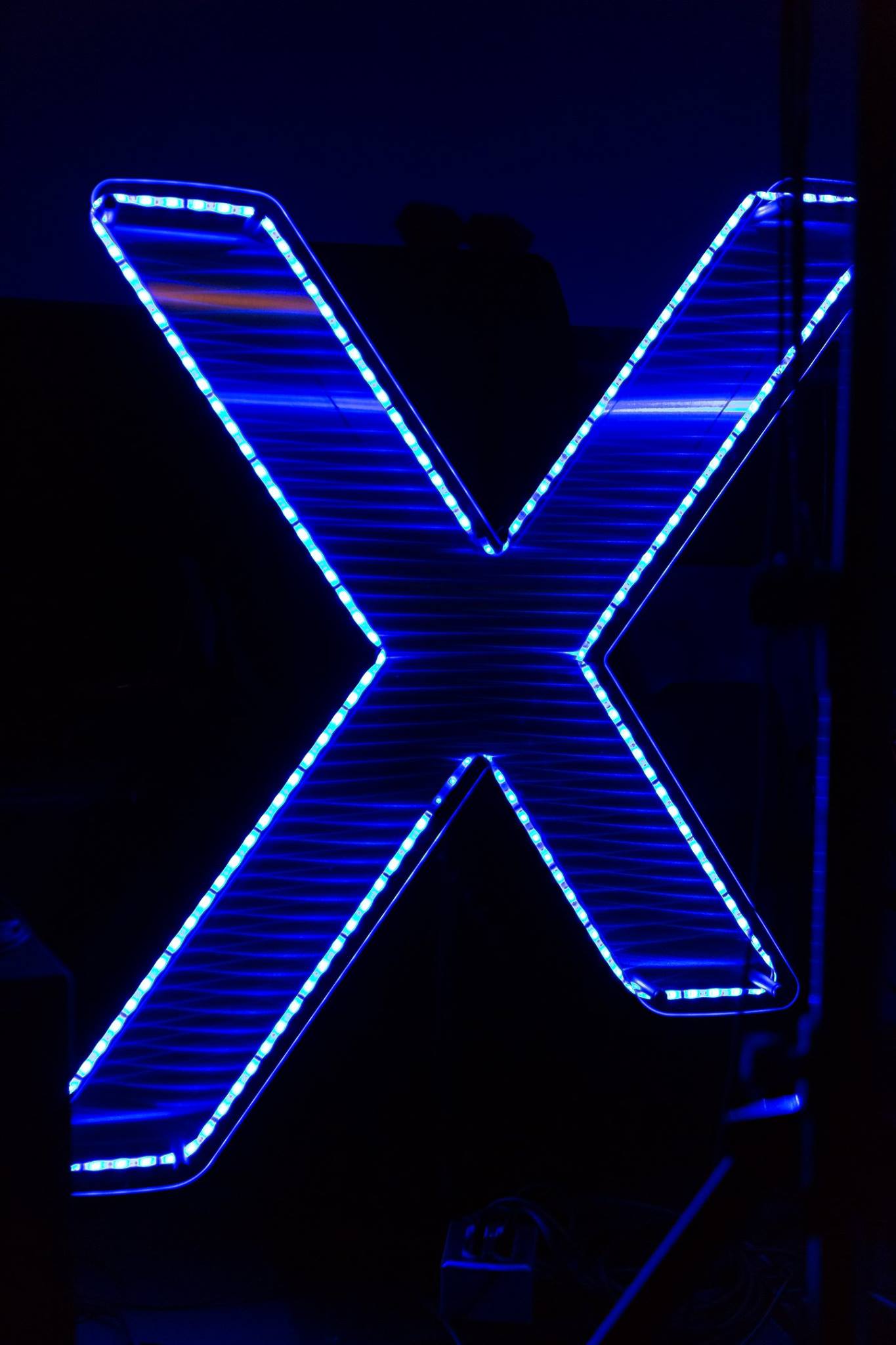 The project got very real when we received a copy of the physical album, a Jupiter planet t-shirt, and we had the opportunity to attend the albums release party. It was amazing to see the big lit up X logo on the stage and watch the band perform the album at the HR MacMillan Space Centre(planetarium). The designs we had put created were part of the visual experience and everyone at the show was taking home the album that we had designed. We are very proud of the work we did and how everything turned out.

It was great to work with XAND3R because they really valued attention to detail and had creative ideas to bring to the design process. They knew roughly what they wanted and it was up to use to bring those ideas to life in vector or bitmap formats to be used in a variety of ways.

Do you need a logo or some other graphics designed?